Things are settling down around here (besides the upcoming move!) and it's time to try and get back into a routine that involves Sailor Husband being present and accounted for…. for the next 3 years, believe it or not!  He has been on sea duty for 6 straight years, I don't even want to get too comfortable thinking about a 3 year tour of shore duty for him since I know it can be yanked out from under us at any time, but we have to try and think positively.  Homecoming Day is now a memory, so here are some long overdue photos of the event.

Weather:   Cold with 50 mph wind gusts, but no rain thankfully! 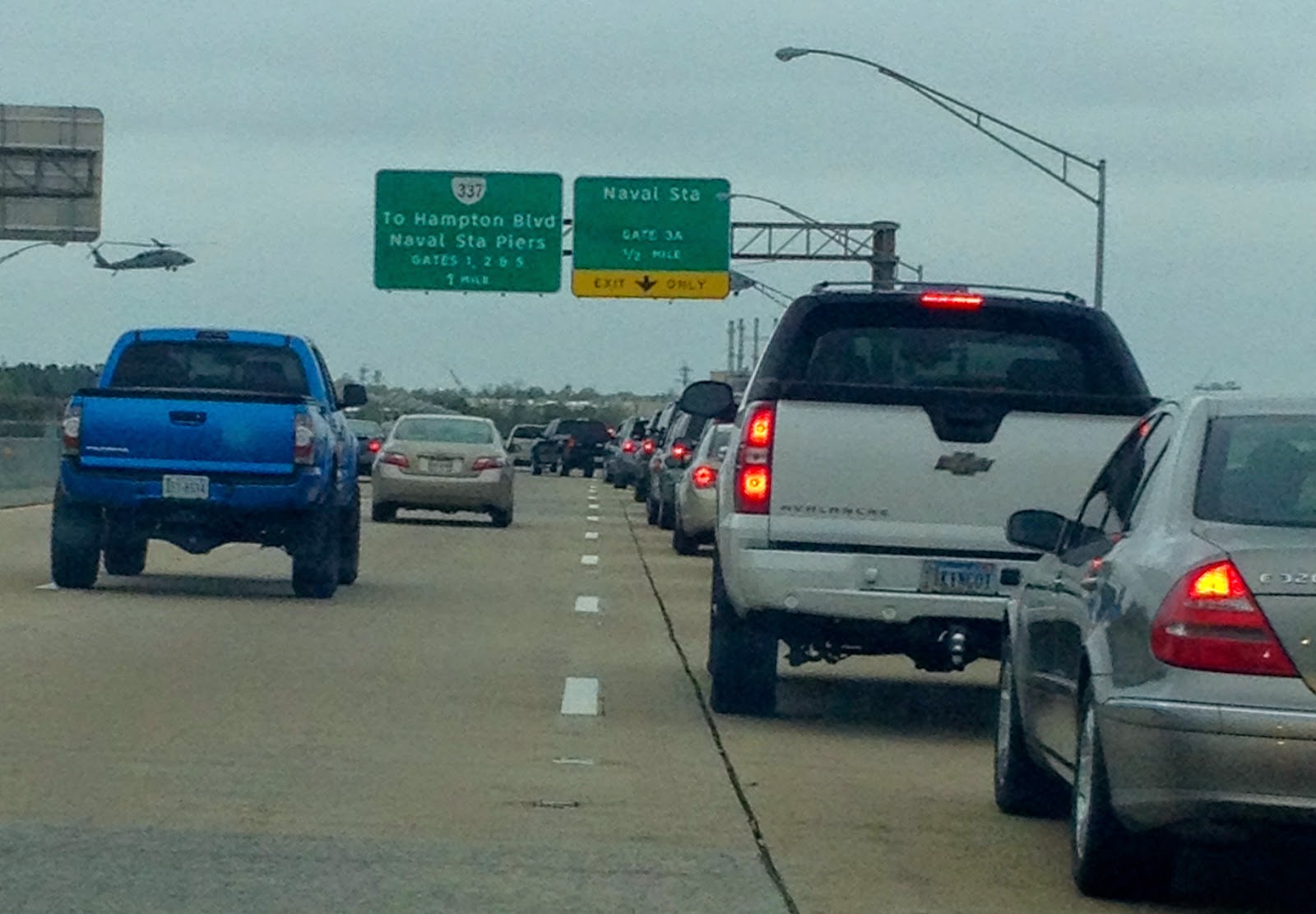 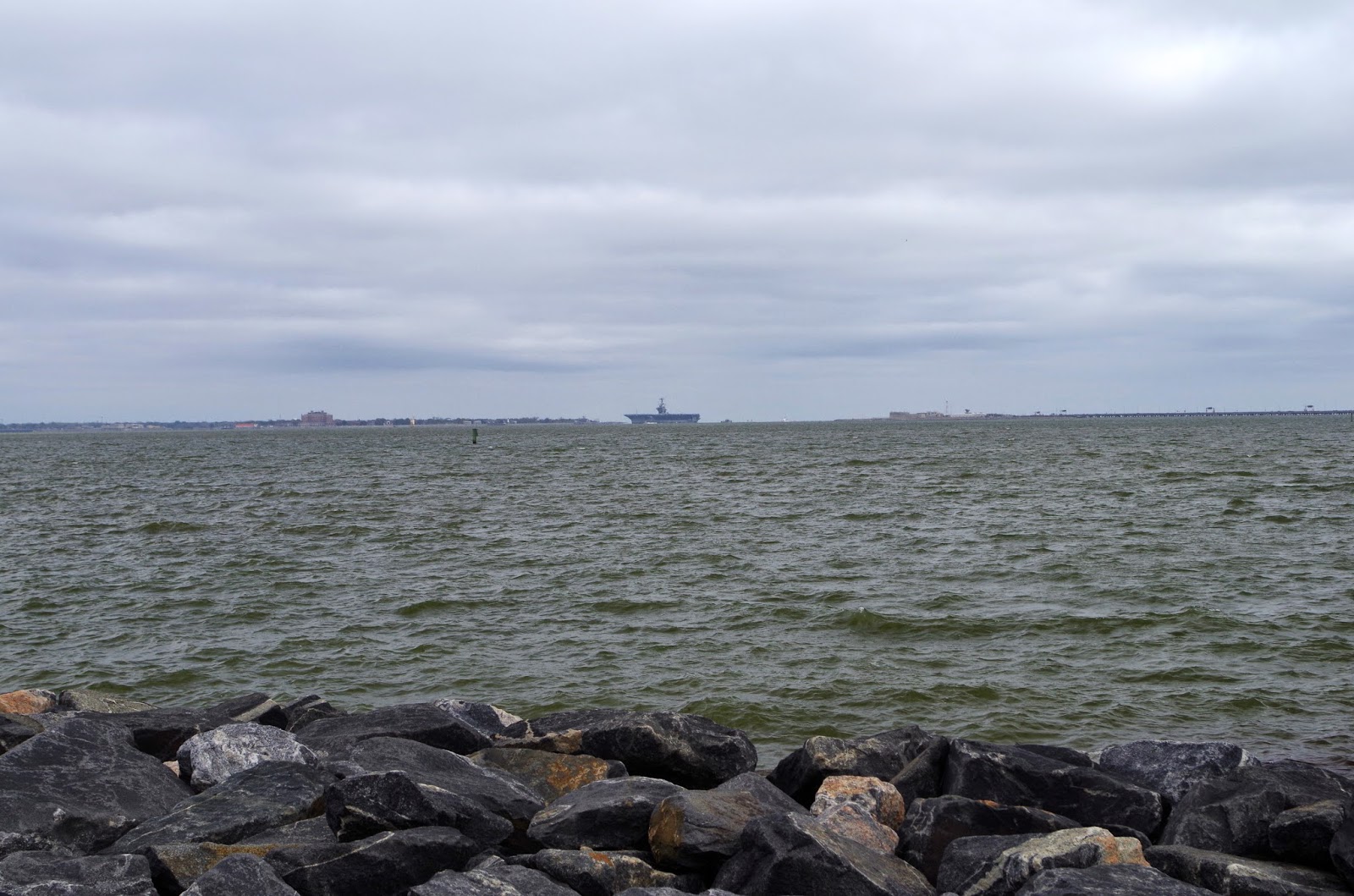 She is powered by a fleet of tugboats coming in, they are responsible for porting her safely from about a mile out at least.  This whole process takes hours. 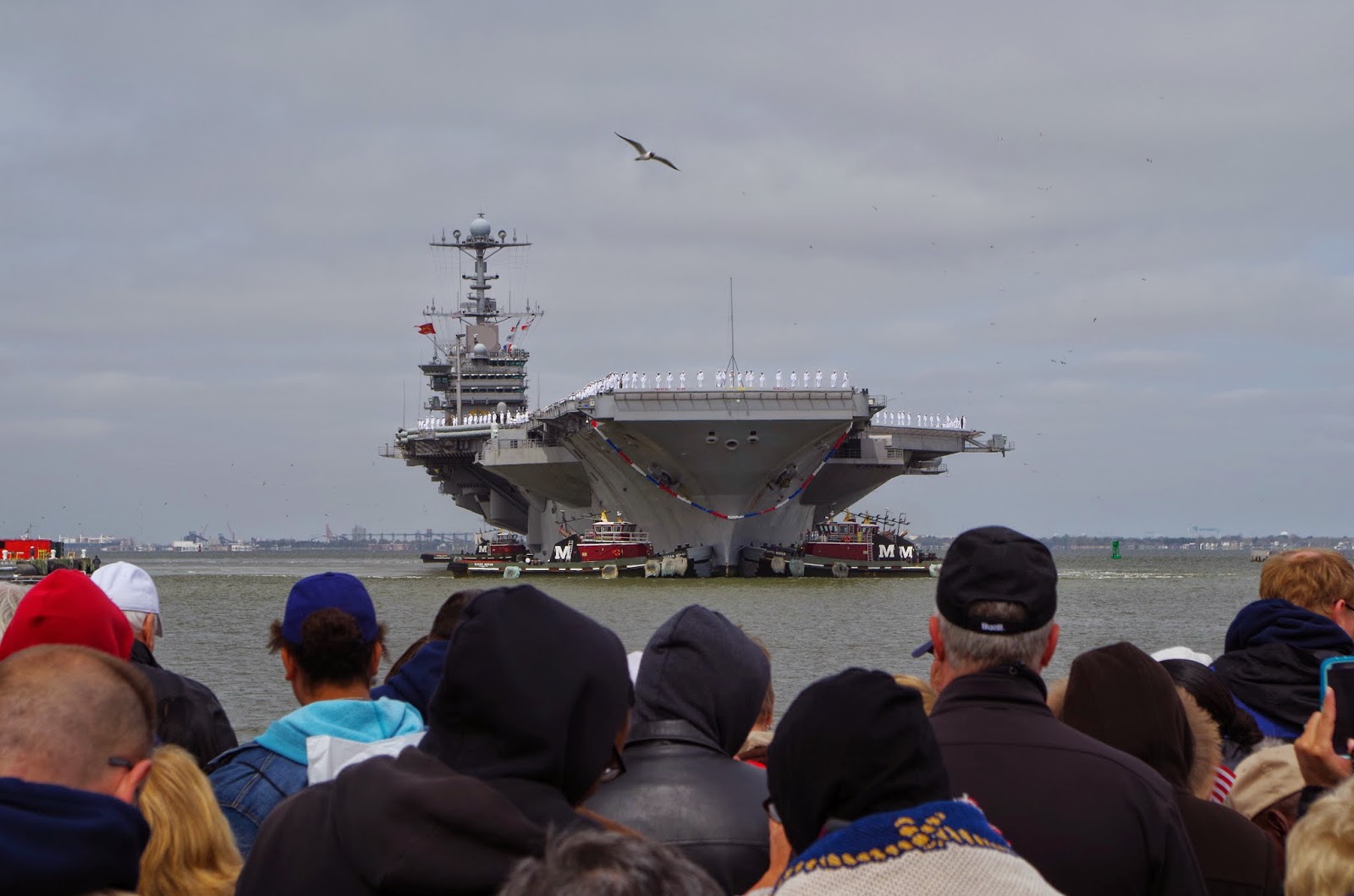 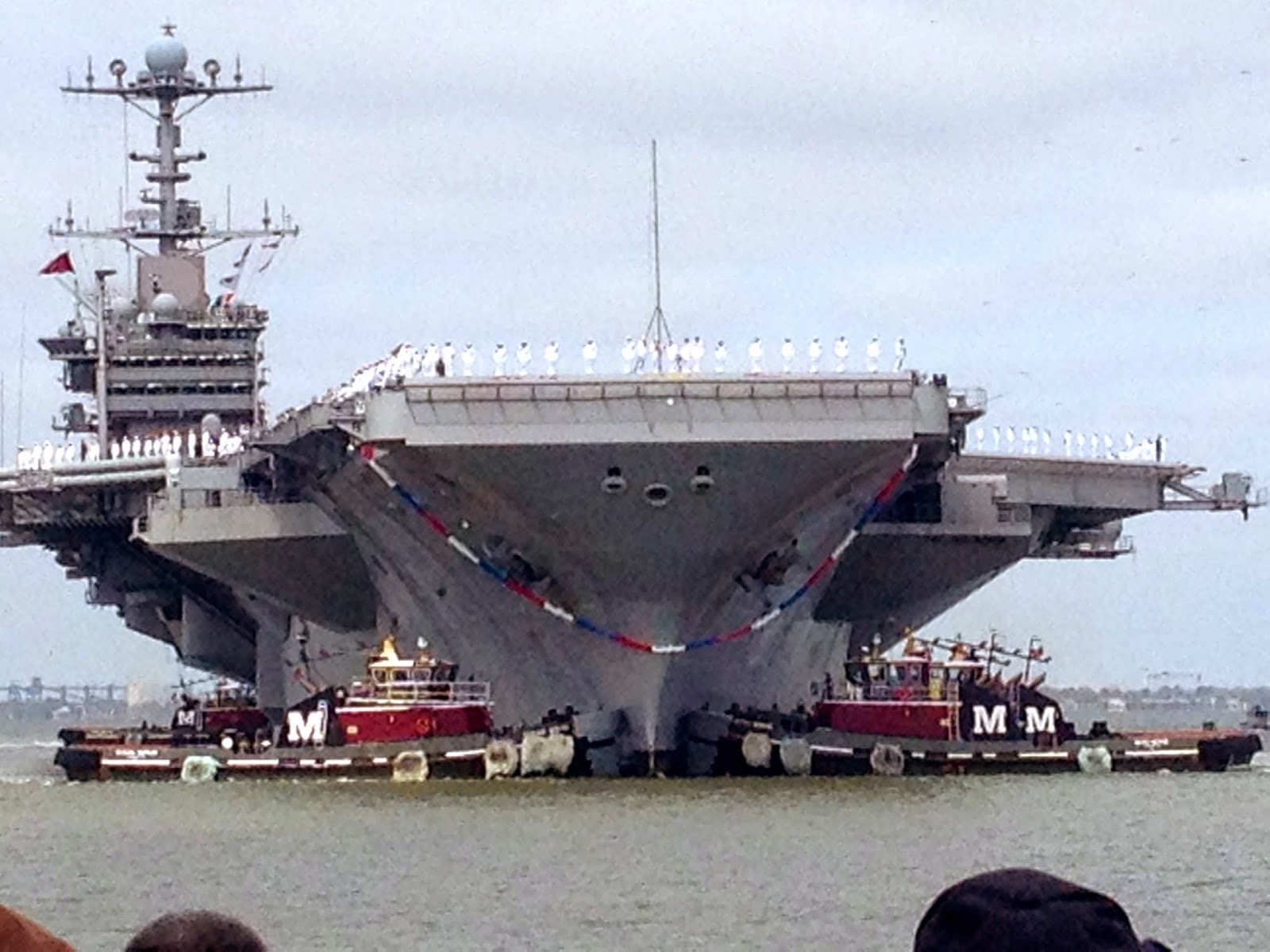 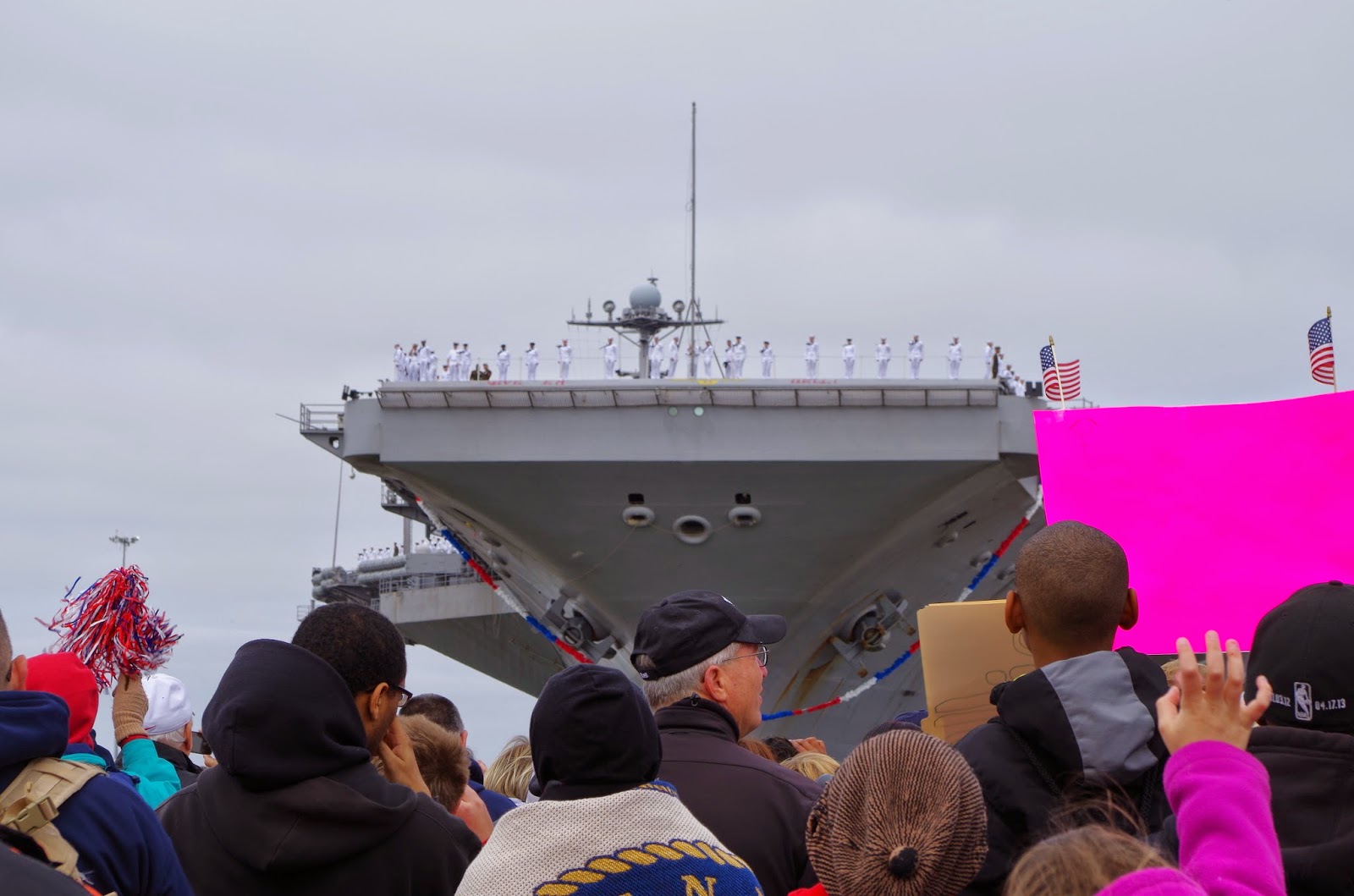 Finn not remembering how darn big that boat is! 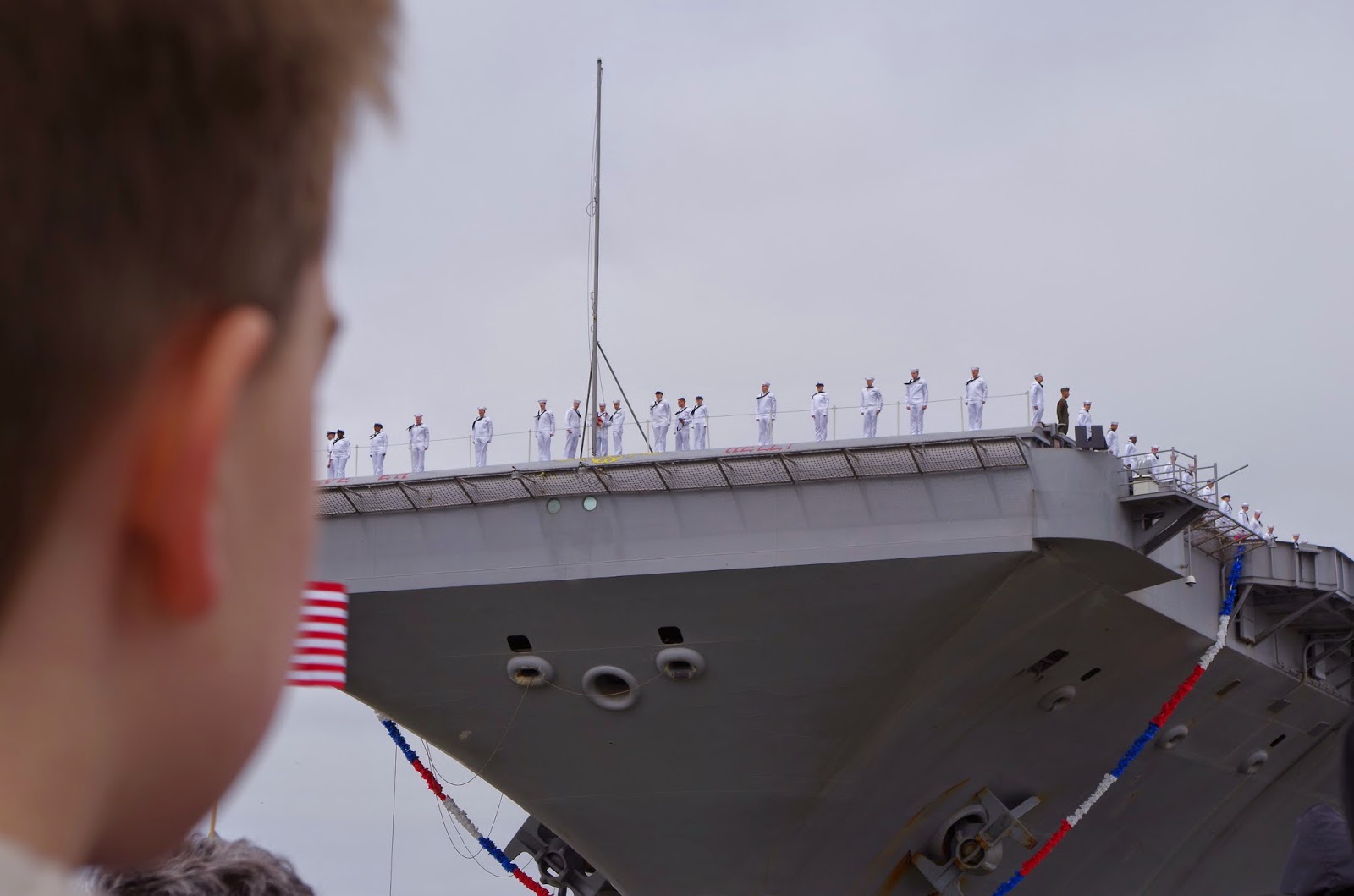 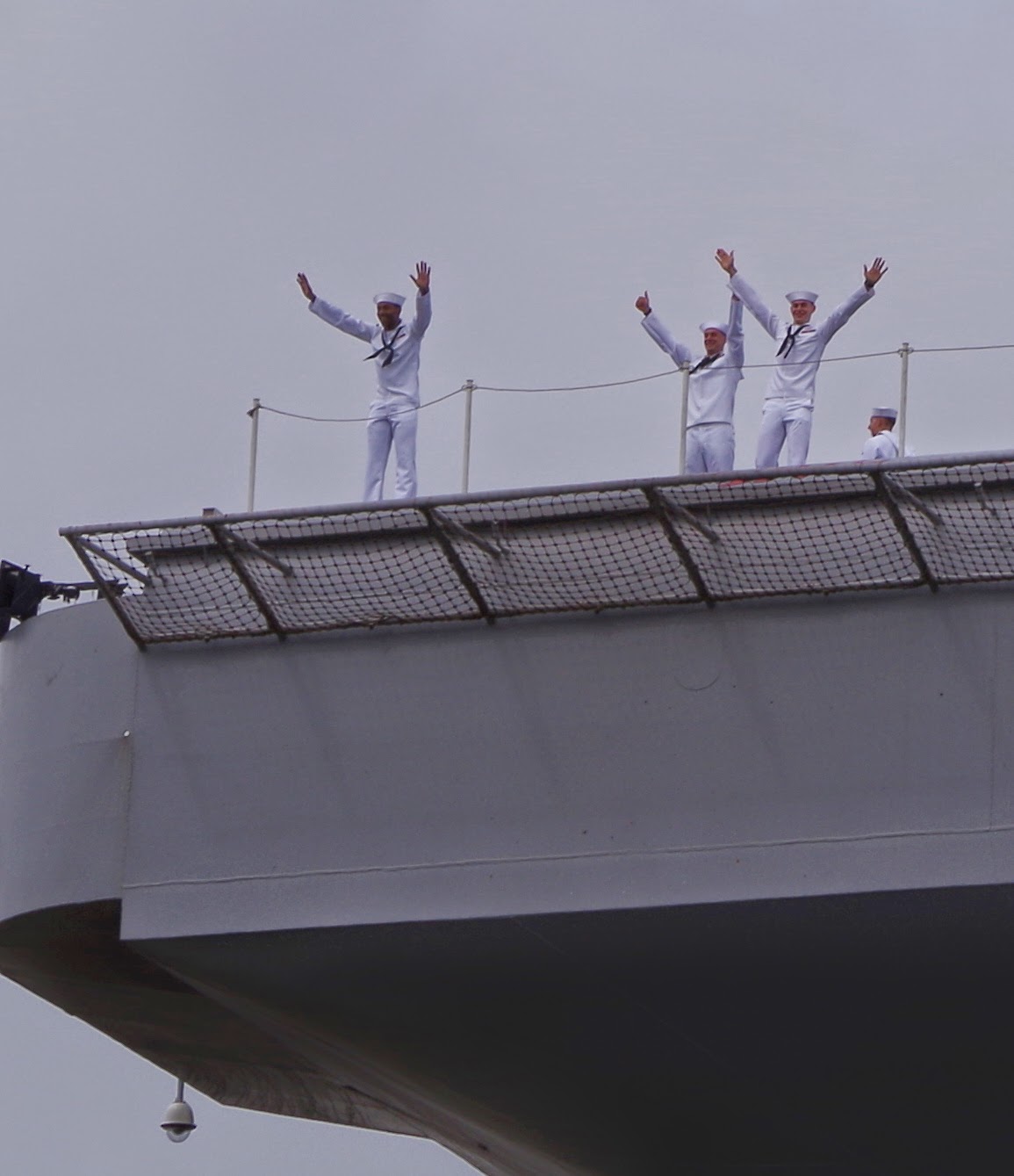 Quick video of "Shift Colors".  This is a big deal, when ship's colors (flag) goes up, they are tied up and officially IN PORT!

The boys looking small while waiting.  This is the worst part, waiting up to several hours for lines to be fastened and 5500+ sailors trying to line up by height to get off.  Just kidding, was checking to see if you were paying attention!  But they do disembark by rank, so we don't have to wait nearly as long as we did years ago! 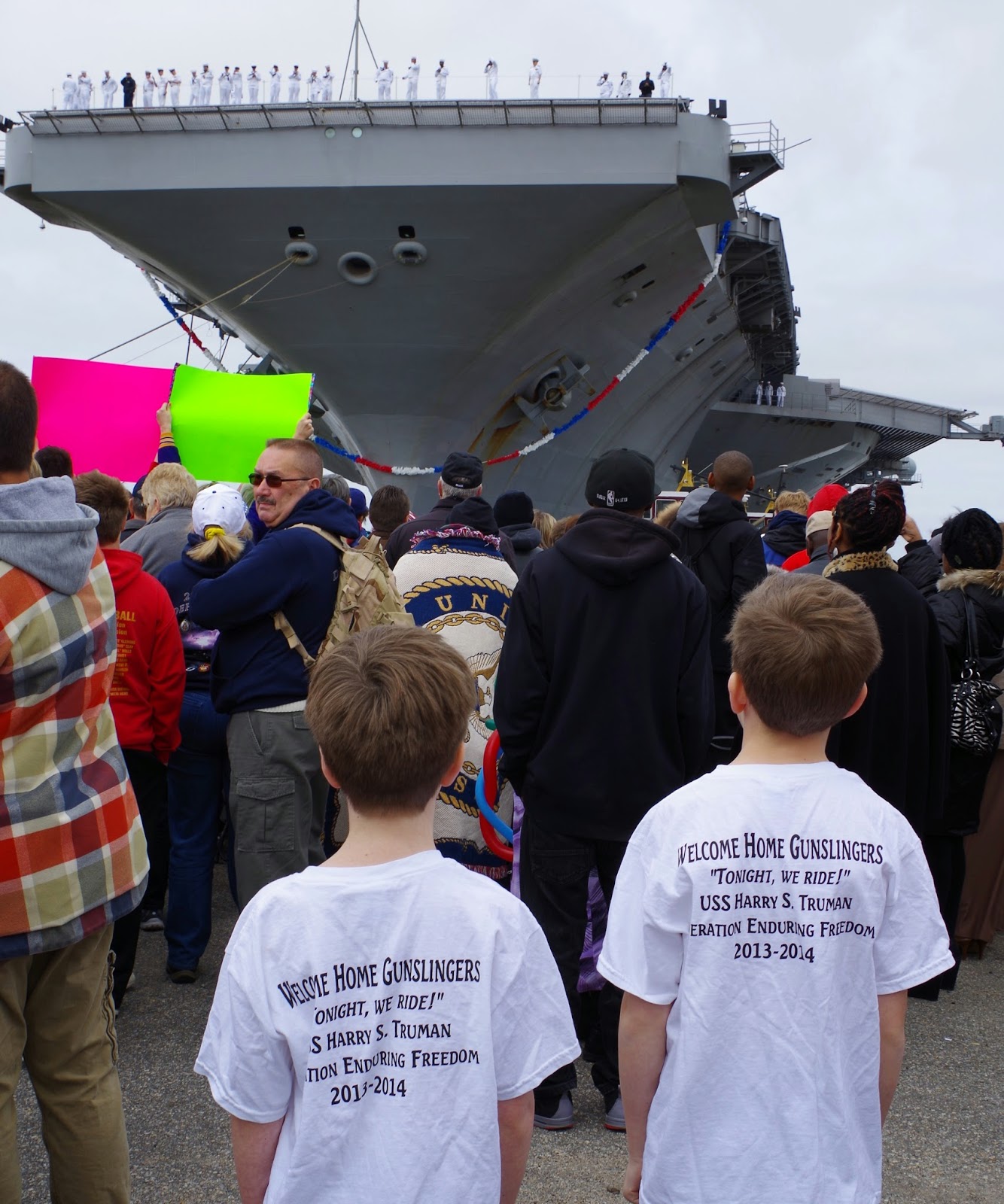 Thanks to hubby snapping this pic onboard, you can see what goes on in the hangar bay onboard as they are also waiting, waiting, waiting…   Almost 6000 sailors… think about that for a second.  That's a big a$$ boat, that's what that is. 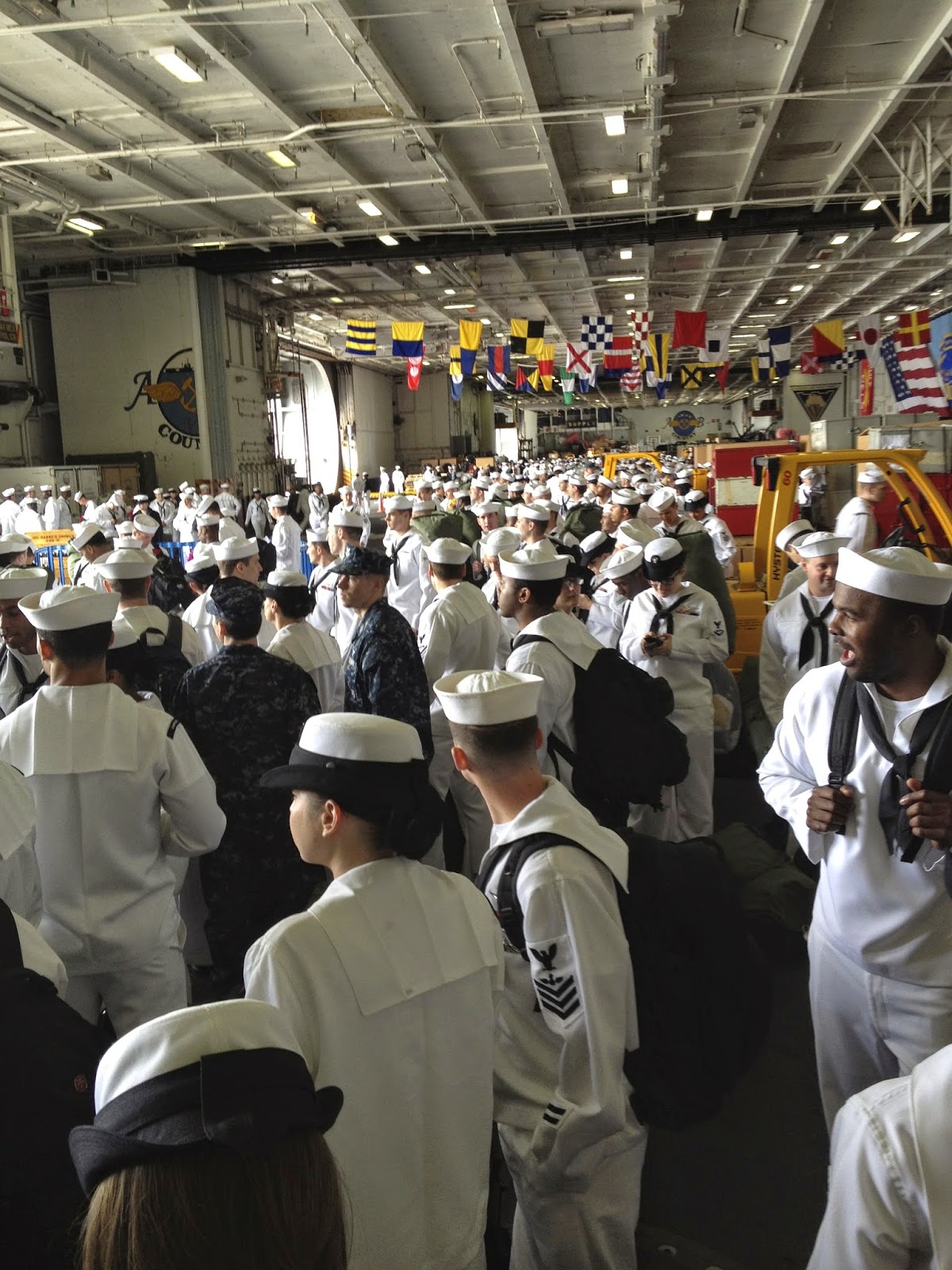 Fast forward to the good part! 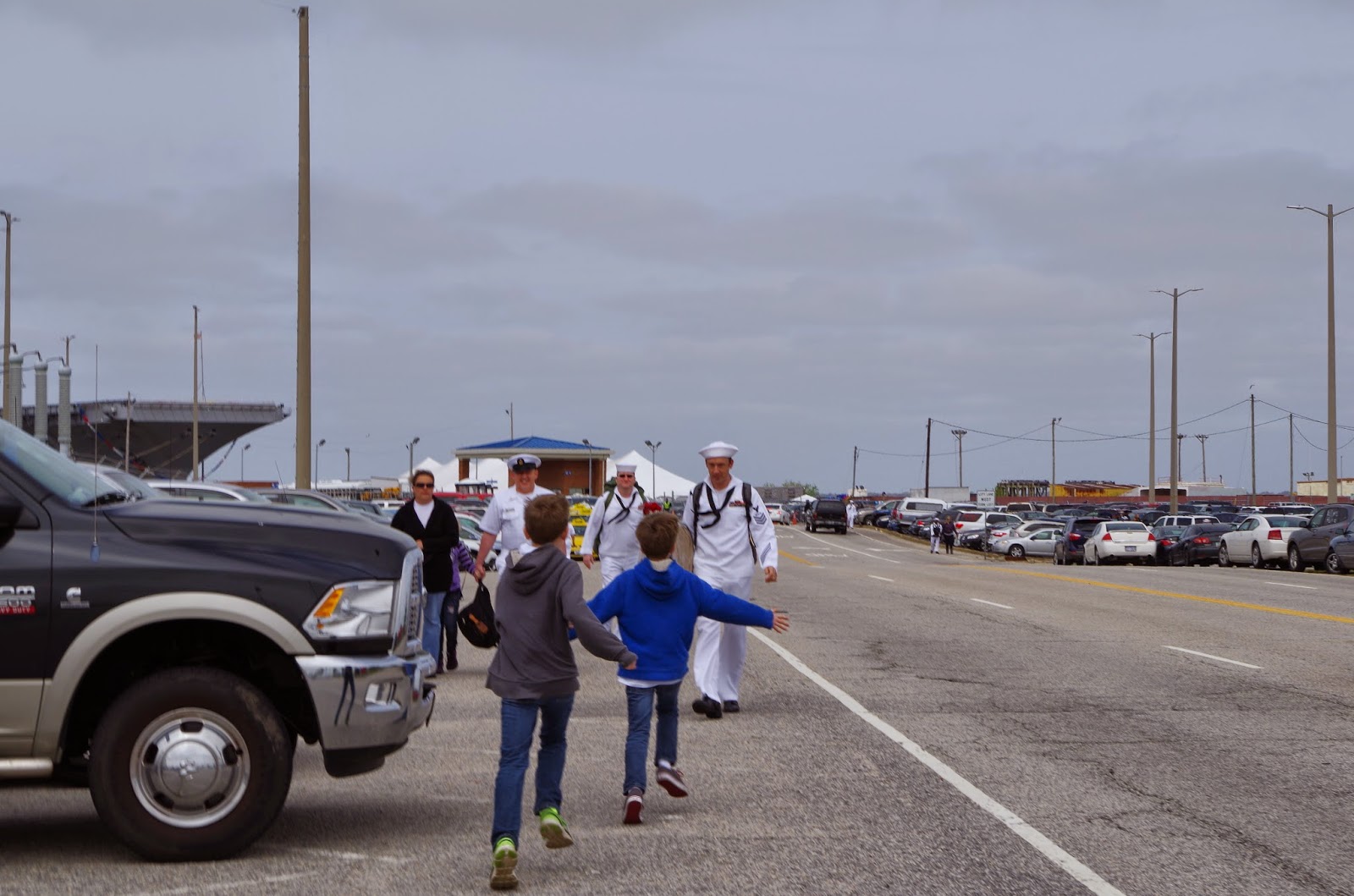 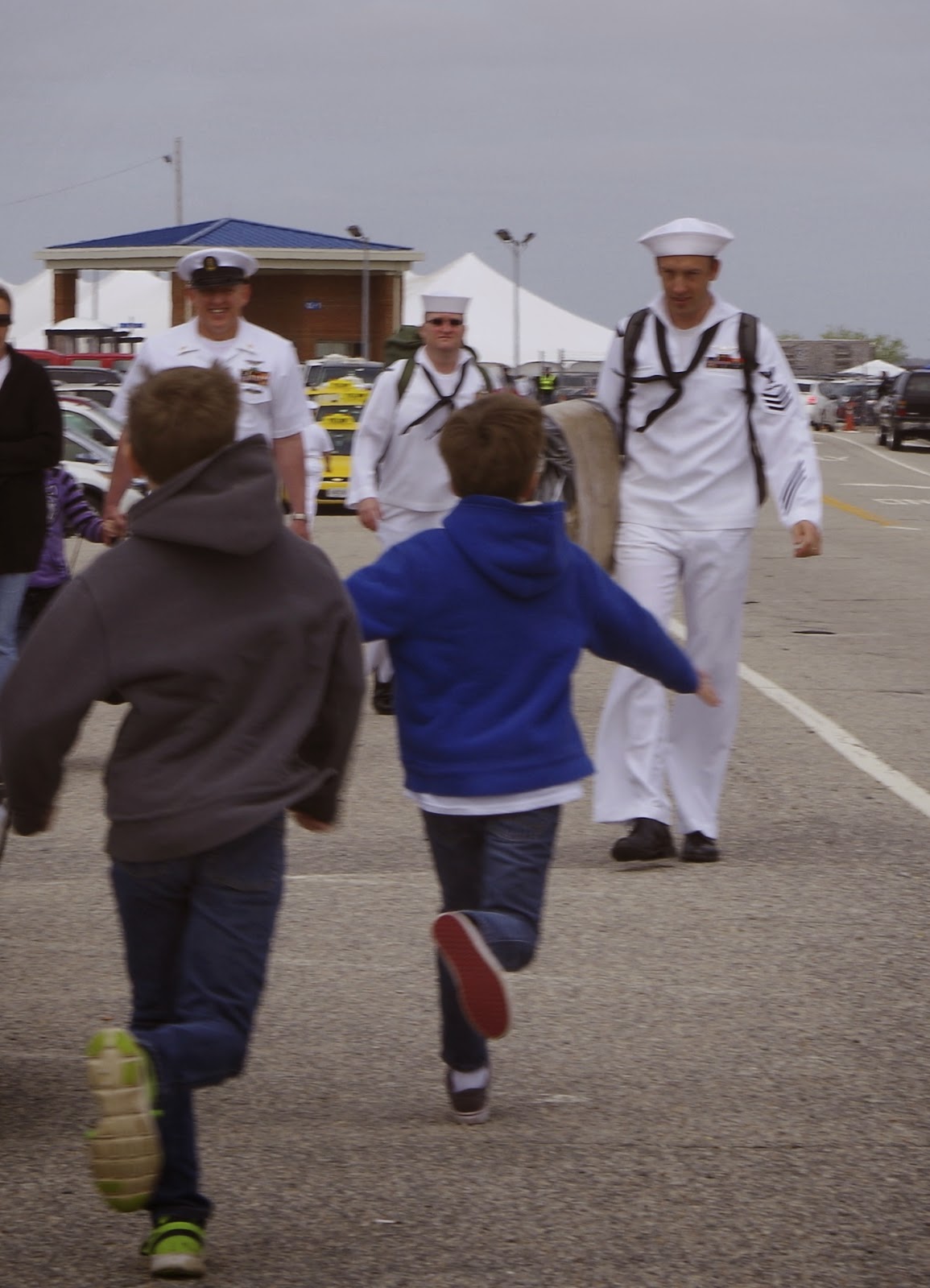 I'm just glad nobody tripped and knocked out any teeth. 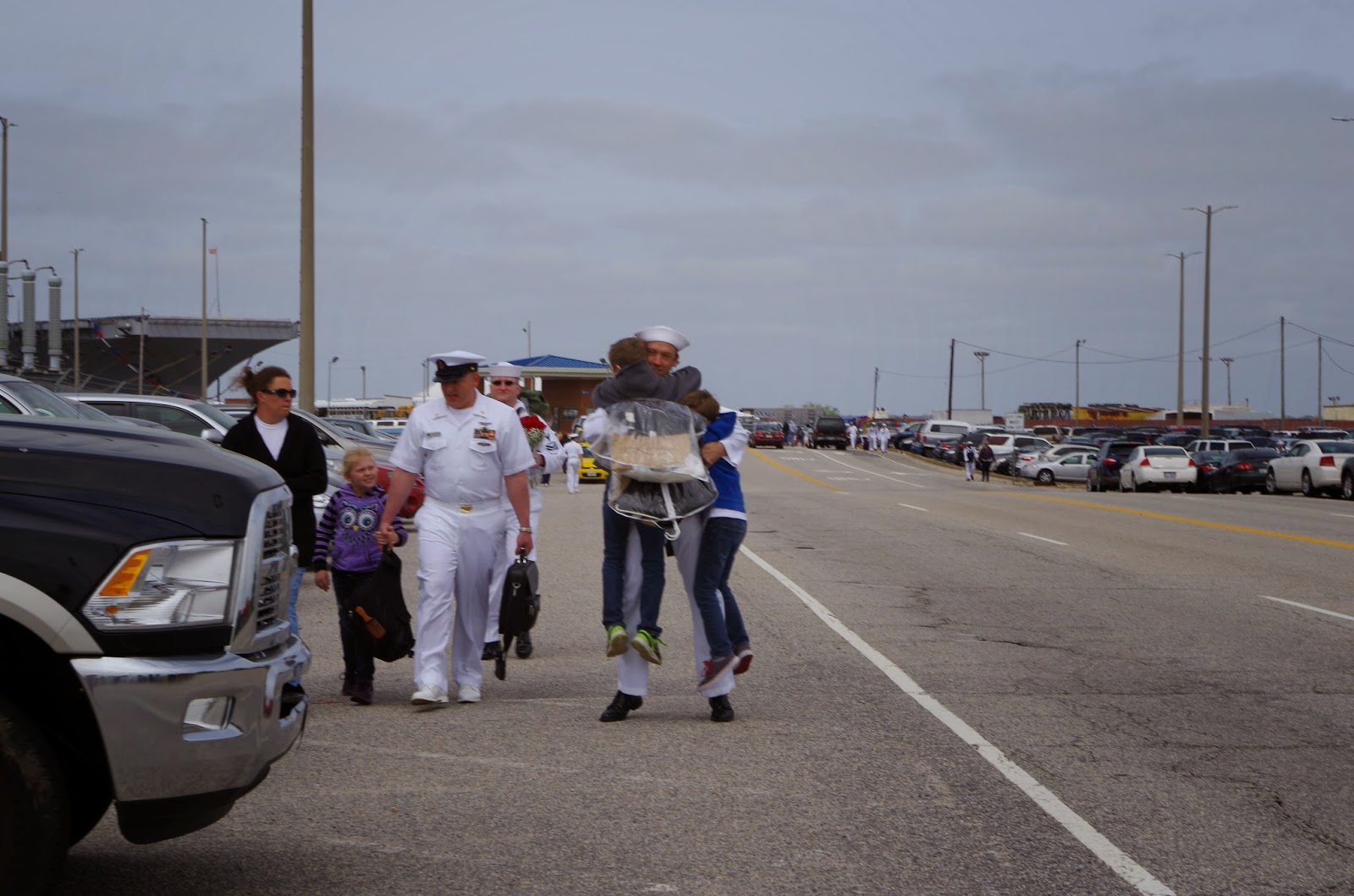 and everybody says "awwwww……" 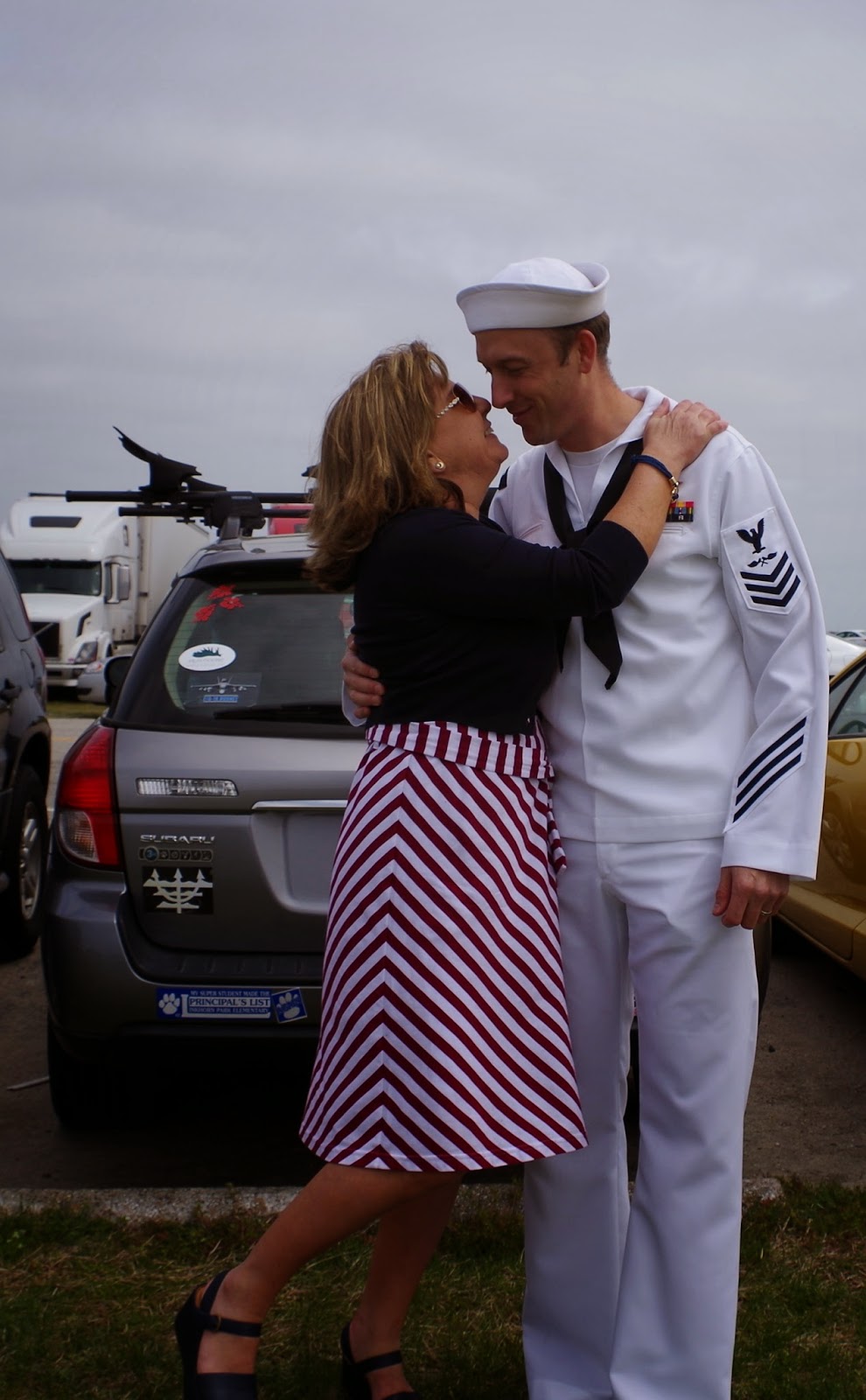 I think this is Deployment #5 or 6 under our belt now, I stopped counting!  Roughly 36-40 months in total?
WOW. 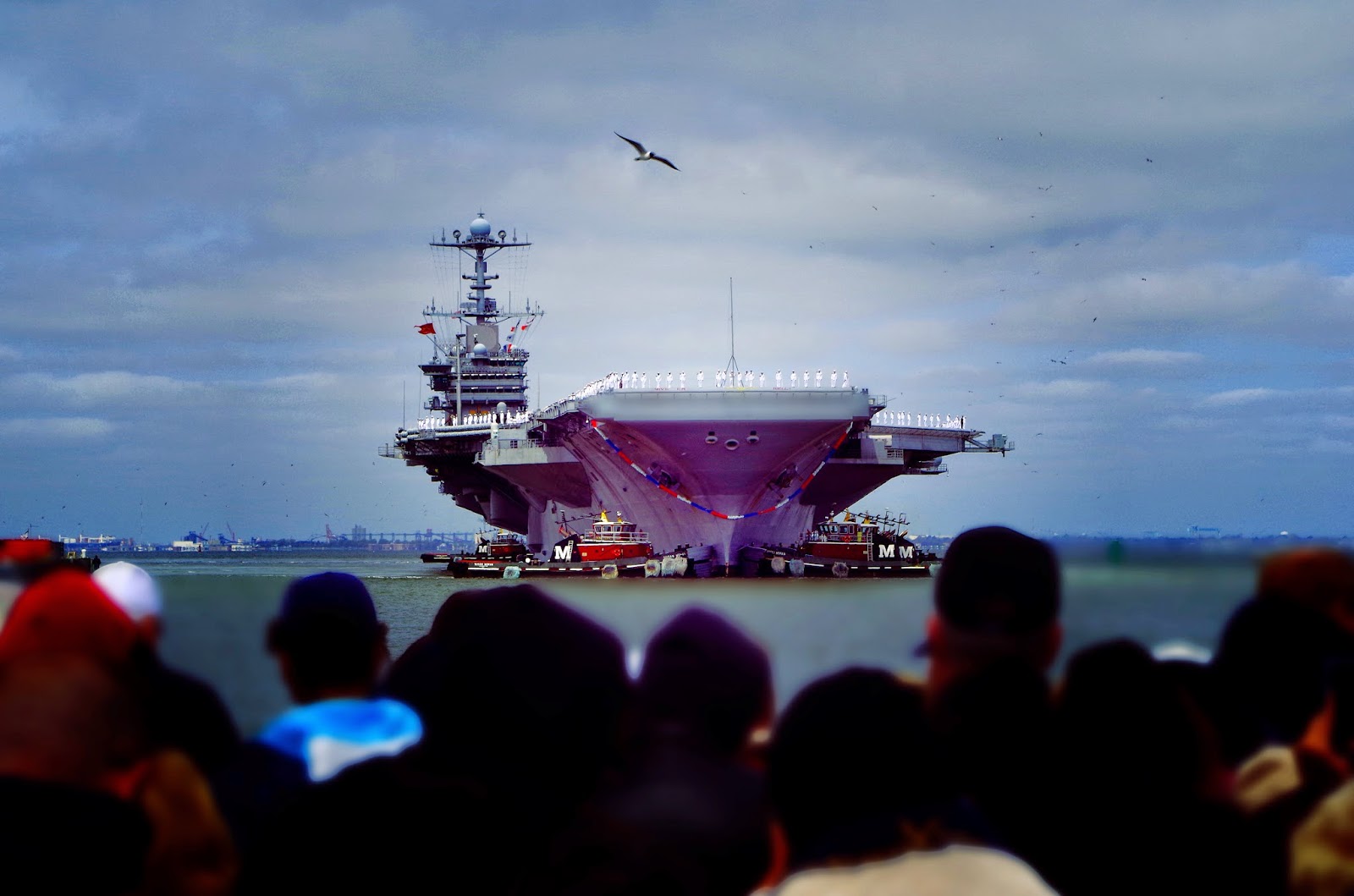