I have been waiting for this day...

See that playset?  The one that the kids don't ever play on anymore?... 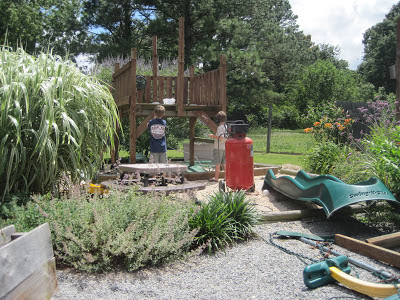 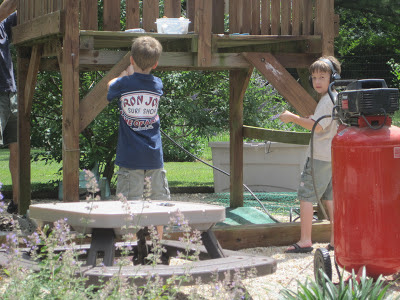 I have often entertained the idea of turning it into a coop, or a potting shed - but what I really wanted was a... camp style canoe rack!

I don't think I had to lift a finger.  Hubs is fantastic with this stuff, as long as I can get him to "see what I'm seeing".  This was a tad difficult since he didn't grow up where canoe racks and summer camps were a common sight.  I think I might have jogged his memory with a showing of Friday the 13th. 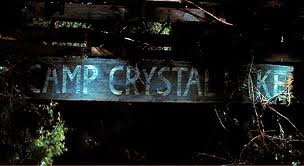 After the kids helped daddy dismantle the old playset and salvage any lumber that wasn't split or rotted, they were off to get their supplies.

Finn said he could help.  Uh-huh. 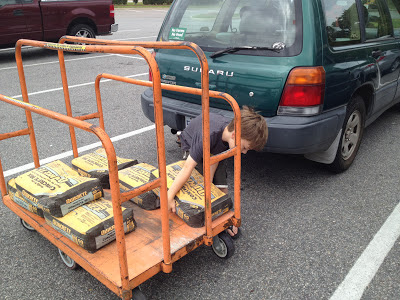 Hubs clearly thought I was describing a skyscraper canoe rack, but I can work with this. 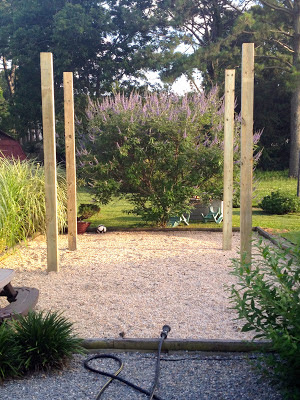 Ta da!  Ok, I admit it stayed like this for several weeks.

It is huge, but incredibly useful.  We still have a big tandem kayak that was last seen floating around Minnesota/Wisconsin in my parent's garage... or someone's garage we know up there (we hope), so we have plenty of room for that as well.  It even holds our rooftop cargo box and will eventually have an attic shelf we can store some gear in.  Of course we can't afford a real roof LOL, so bamboo will do for now!  The kids have named it the 'Yak Shack. 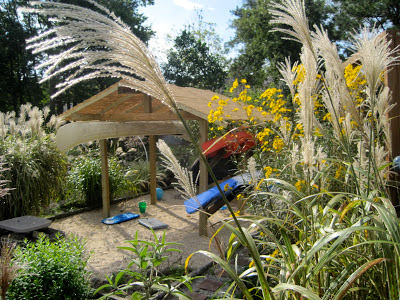 That poor old yellow canoe is in desperate need of some TLC, that's what years of hot southern sun will do to your stuff here.

Another view, this thing is huge.  Bonus is that I can fit a couple of chairs under there so I will have some shade to read a book, knit, or any of those other things that I will honestly never get to do!  I'm sure we will do a little decorating with old life vests and cracked paddles to give it a little character :) 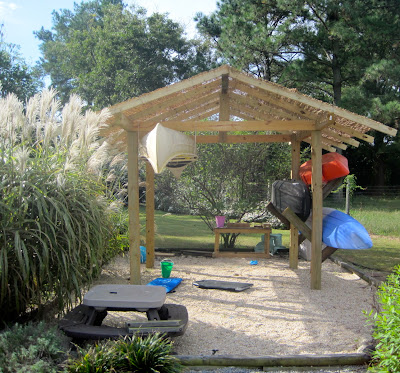 Hubs celebrated by smoking some pork in the rain. 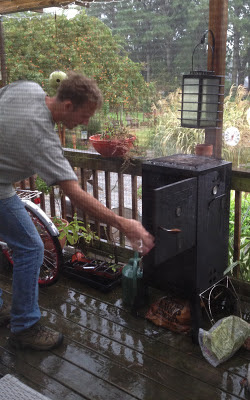 For the uninitiated, that's not raw meat.  The pink is from the "smoke ring".  It turned out beautifully and now I have a ton of pulled pork in the freezer ready for quick meals.  I took a jar of my canned hot pepper sauce, added some extra vinegar and other random things and it made for a great NC style mop to go with it.  We will be enjoying this long after the hubs is on the other side of the Suez Canal :) 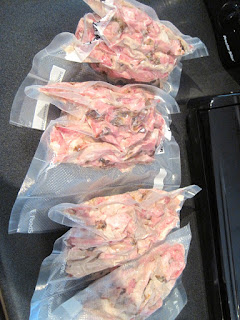 I've been doing some cooking of my own lately in celebration of cooler fall temps... 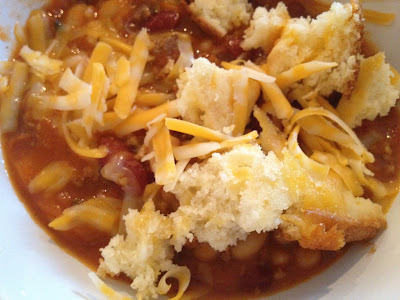 Rain expected this afternoon, but I'm hoping to at least get some pumpkins in the front yard and the porch cleared off of all our fishing gear and bait buckets - seriously, our porch looks pretty redneck right now since we have been busy with activities and Cub Scout stuff and not putting things away properly.  There's bait buckets, tackle boxes, even a bunch of camo painted boxes for a Cub Scout Nerf War, totally "Honey Boo Boo" out there.  Hubs' relatives are coming this weekend so I think I better clear a path!