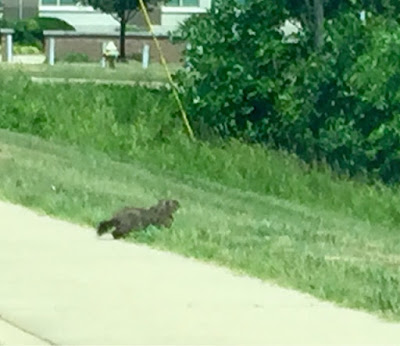 Yep, that's about all I had to say last week in the garden.

Here's one racing me to the garden plot as I drive down the street. They are like flies here.
Fun Fact:  Woodchucks don't actually chuck any wood.  They eat gardens. 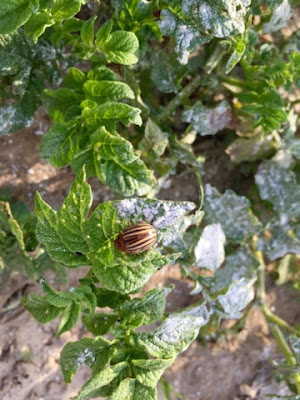 I resorted to a natural dust to see if I could stop them, since I was handpicking 60-80 a day…

Result?  It's like I sprinkled cocaine all over my potatoes.

They continue to party with the next generation now. 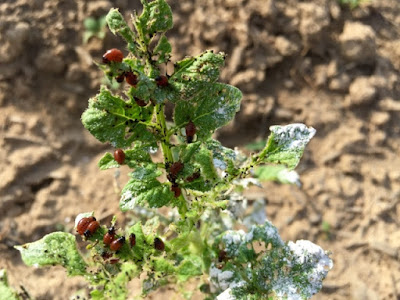 Some of us found out that nearly half of the plot tenants are using Roundup.  Hmmm, must be why it's June and some of the plots aren't planted yet.  The "waiting period".  It's in the contract we all signed that there can't be chemical insecticides or pesticides, but I guess some people don't care one bit.  Spraying in 15 mph wind, and even having their kids spraying. 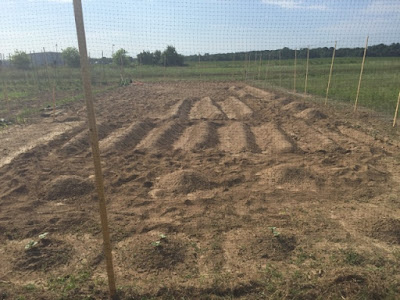 A normal plot is covered in weeds in just 48 hours, so there really is no other explanation for it, especially when we don't see them ever working the plot.  (Oh, and finding jugs of it under tarps is another clue!)  We are expected to "self govern" down there or we could easily just have the gardens closed since the base doesn't really have time to manage it - therefore we don't really want to become too "vocal" with complaints.  I'm thinking…. a little nighttime mission to teach them a lesson.  Who is to say they didn't kill their own plants with overspray?  Yeah, I'm like that.

Dark photo, but this is my garden right now… 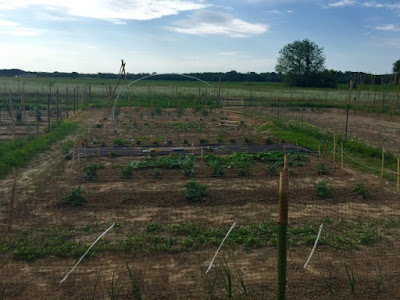 The first harvest is…. a Tokyo White Cross Turnip! 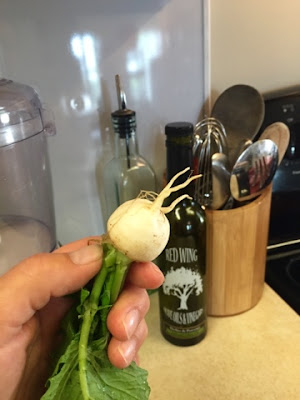 This is the turnip/rutabaga bed.  I used old seed from 2009 so only had about half germinate, so will need to get some new stuff in there next week. 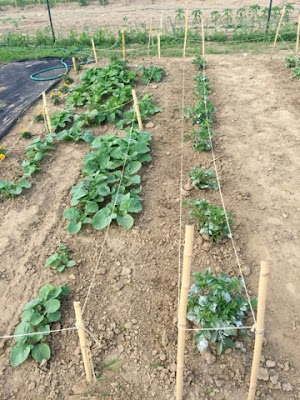 My Brandywines are looking really good.  Even though I won't get much out of those potatoes, I will keep them going at the other end of the garden, just to act as host so those stupid Colorado Potato Beetles won't venture into my tomato bed! 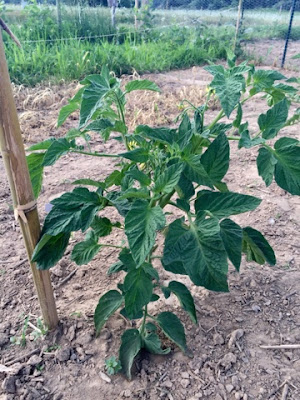 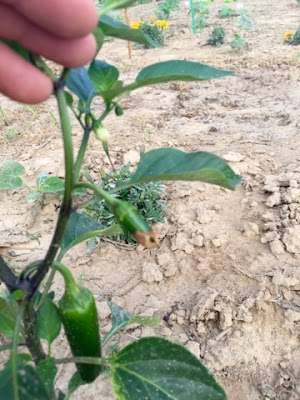 I've been doing a lot of busy night dinners here lately.  The kids have tennis for several hours every. single. night.  …. so frozen veggies have become my best friend along with grilling tons of meat and slicing and freezing it so I can just fling it in a pan pre-cooked.  Hey, it's better than Sonic, right? 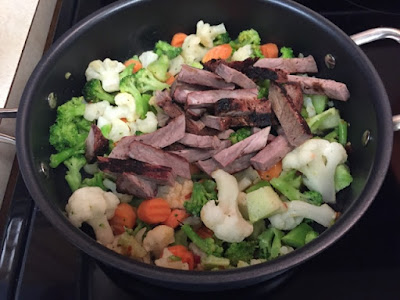 I made a double batch of hummus to help with tennis munchies, but they seemed to eat even faster so I don't think that is going to last as long as I thought it was.  Tweenage boys are bottomless pits. 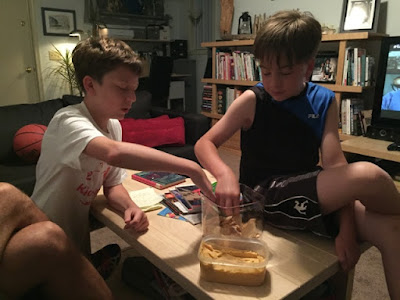 I didn't mean to take so long between posts, and I am NOT going A.W.O.L. again like last time, I have just been really busy with things - things I can eventually share with you, but it involves me going back to work.  Yep, you heard right!  I have no clue how to juggle all these things since I have been a stay at home mom since they were born.  I know it will work itself out, I just don't know when or how!

Bonus:  I actually wrote a full post last week while typing on the little phone keyboard during tennis practice…. I get home and "POOF"!  it was all gone.  So I won't be trusting the blogger "app" anytime soon.  I was so mad I couldn't come near the blog for a few days.

Now is time for me to catch up and see what I've been missing on my favorite blogs… that's you!