The Government Interrupted my Gardening!

Well, it has happened again!  My husband returned from 2 weeks in Arizona for his sister's wedding and was greeted with a message that he needed to be on the ship no later than midnight that same day!  Gotta love it when we are so harshly reminded that he belongs to the Navy and is just ours to borrow for a few months at a time.  He wasn't even here long enough to take a shower or see how hard the kids and I have been working on the ol' homestead!  Just enough time to pack his bag and get in the car so we could take him to the base.  So all the projects he intended to finish are in limbo for the next month or so.  I am left with half of a fence, trailer loads of compost that I have to get myself, and hoping the vines I have to cover the non-existent fence will survive in their pots until he gets back.
Those of you familiar with the deployment thing know that as soon as our beloved leaves, things break...BIG things!  Last deployment it was a water heater and a well pump, this time is no different.  We were preparing for a SCHEDULED deployment later this year by replacing our aging HVAC system, decrepit fencing that falls down every time the wind blows, and purchasing a generator for hurricane season, but NOOOOOO... last night I awoke to the sound of my well pump kicking on/off every 25 seconds.  At 3 a.m. I knew no one was up showering or anything, I checked for leaks inside and there was none, so I just laid there contemplating how bad this could really be.  As soon as it was light out, I stuck my head under the crawlspace (yuck!).  I heard it before I saw it...waterfall noise...seemed to be gushing out of a pipe and hundreds of gallons of H2O pooling up on the "vapor barrier"!  After taking a shower (what's another few gallons?) and crying, I finally shutoff the well pump and called in Joe the Plumber.  Thankfully for our finances, it was fixed in an hour with a new pipe, but Joe gives us the bad news that our pipes are really old and need to be upgraded (no surprise).  All this has transpired and been fixed and the sailor-pirate chaser-farmer doesn't even know about it yet!  Joe the Plumber was a real character, too...not much for words (or teeth for that matter) until he saw my garden and that my primary water source was a well in the suburbs...then he was all "don't get city water, the man will stick it to you" and "you should build a bunker to store your veggies".  Really?  A BUNKER???  LOL, this was kind of amusing seeing that he makes his money from those water pipes fed by "the Man".  I think he needs to move somewhere the moonshine flows and the militias are on the move!  Anyway, here is the offending pipe, all the damage came from the little pinhole on the upper right. I have no idea what the patch job is on that pic, that was before we got this place, lol. 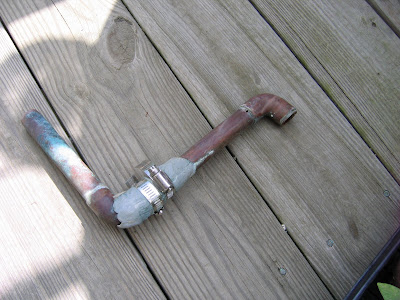 So now that I am done venting about the above, we just started hardening off the seedlngs the other day, but have been plagued by severe weather the past couple of days, so haven't planted anything yet. 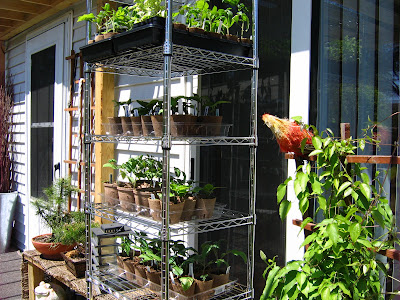 I finally got around to organizing my gardening papers & seeds, etc., something I have been planning to do for a couple of months.  Being so OCD, I am surprised I lasted this long with all my garden stuff strewn all over my desk!  I mulled over the idea of a bin, or file folder of sorts, but decided on a binder system.  The result rocks...I have laminated planting info, divider tabs for everything from seed types to monthly garden chores, and seed packets fit perfectly into photo sleeves.  It is the PINNACLE of my OCD/Type A Projects and here she is... 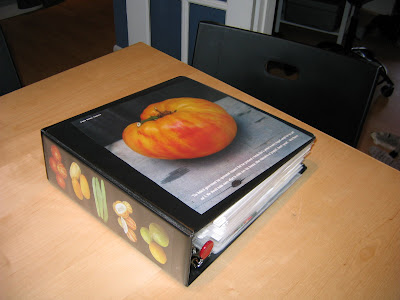 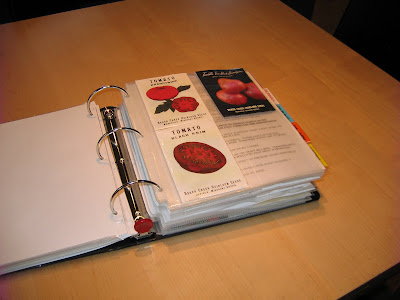 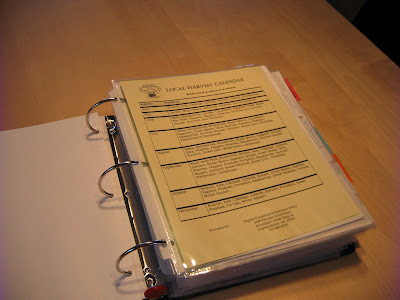 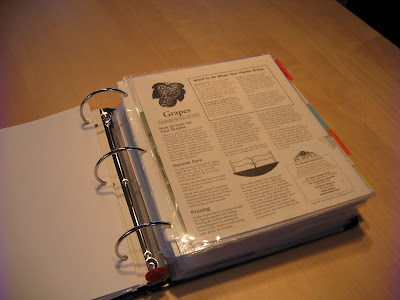 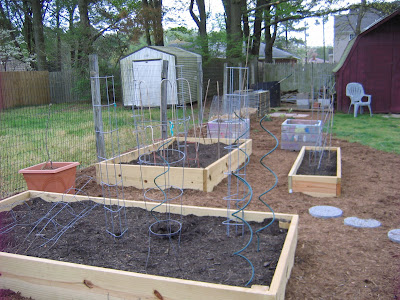 No, it's not where all the good little stakes go when they die...!  It's to train the garden dogs to stay out of the beds!  It dawned on me the other day that my other raised bed garden is fenced in, which is why I have never had the dogs playing "agility competition" until now.  So before the plants go into these new beds, the kids gathered every unfriendly object we had laying around and stuck them in...working so far...we will see when the plants go in!
Aha!  I see I have just received an email...no doubt from the sailor-farmer who just found out about the water pipe carnage...better get that!
Posted by Erin at 13:49 No comments: