Just a quick post to let you all know that Sandy was very anti-climactic here.  We did just fine - we didn't even lose power, that's a first!  We were very fortunate, we never saw winds above 55 mph, the only things to deal with were 12 inches of rain and the full moon tide cycle.  Flooding, but only streets and not the house.  The fence is down everywhere, but then again that happens all the time and isn't really considered a problem since it's easily fixed with a little work.  I did wake up one morning to the roof leaking, which upset me since the roof isn't very old, but hubs inspected and found that the wind was driving the rain up under the shingles and a nearby roof vent, it was easily controlled with a towel and bucket and ceased to be a problem as soon as the wind slacked up.  He'll inspect more once things have dried out.

My thoughts really go out to those up in Jersey, DE, MD and NY.  Uffda, they are going to have a long road ahead.  You bloggers affected please check in when you are able and know that our family is praying for you.

Musings...
-Anyone watching Gov. Chris Christie?  The guy is tops in my book!  Straight shooter, likable, unapologetic and says things like "We'll pay for it somehow - even if I have to cut programs we'll take care of this." Ha - who is going to argue when it's put that way?  I'm not sure if I'm impressed by him sometimes or just the fact that a government official can use so few words and be effective without any B.S.  Love the guy...

-Looks like  will be another "no lesson learned" storm for our local non-preppers, so I can expect to see the same madness the next time around...

-Wish the news would release more about the HMS Bounty Tall Ship sinking off the coast here, I'd love to know what they were doing off the coast in the middle of a hurricane.  Sad to hear about the loss of life, but it is interesting that the ship sunk right in the middle of the "Graveyard of the Atlantic", isn't it?  I toured the ship during the OpSail 2012 event here, you may remember my post about all the tall ships this summer, it is an incredible vessel. 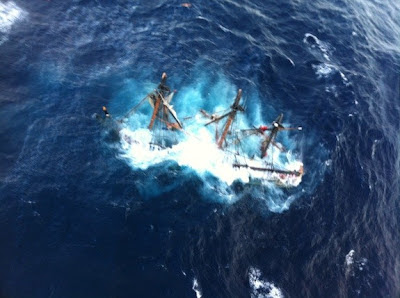 You can read more here

a photo of her with sails up - some of us have seen the ship in 'Mutiny on the Bounty', but even kids would know this ship as the one in "Pirates of the Caribbean" 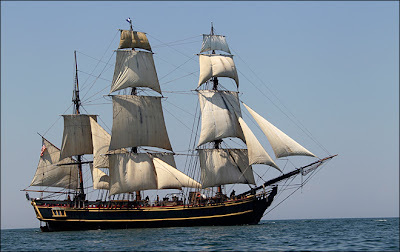 - I keep thinking about the people going through this further up the coast, just devastating.  Experience is the best preparedness tool and nothing can substitute for it, sadly many of these areas just don't have that tool.  Next time they will but I sure am praying for them now.

Anyway... my damage is minimal but I still need to get to it - leaves stuck all over the floor in here, that always happens!  Put away some supplies I had standing by and then to deal with the yard.  It will be awhile before I can get out there and work much since the water table is saturated so it's a big puddle, but the fence needs to get back up because I don't care for walking dogs on a leash!  Still getting 35-40 mph gusts and light drizzle, but I'll take it over the rain of the last 3 days.

Take care everyone in the northeast, post pics and status updates when you can and let us know you are okay!